By
wp_8314118
Posted in
Ergonomics, Miscellaneous

Coworking is indeed a reality with which any company oriented to the production of office furniture must confront, and learn by listening to the needs of professionals who use this very popular form of conceiving the office today. The authoritative Coworker.com portal has recently completed a study that examined the habits of coworking users. The study used a pool of 225 coworking users in 173 spaces in the US and internationally and found that ergonomics is a key factor in the potential growth of the industry. Some numbers about coworking: According to the owners of coworking spaces, 57% plan to open a new facility in the next year and, among those wishing to open a new space, 63% have only one space today. This indicates that it is the “little ones” that lead the growth of the coworking movement, instead of the “big boys” of the sector. Significantly, the study showed that coworking has become a global trend, since only 29% of people who intend to open new spaces will do so in the United States, while 71% plan to open spaces worldwide. Let’s analyze some data from the study in question: As for what the members expect from the coworking spaces, the most crucial request is the fastest Wi-Fi line, followed by access to the conference room and ergonomic furniture (mainly  standing desks). Further results include: Other reasons regarding the needs of standing desks: Variety in the workspace – 24% Considerations on well-being – 22% For events / networking – 5% Overall, 76% of the spaces that offer standing desks have at least 10% of their space dedicated to the desks. The study also found that: 66% of people working in a coworking space do it for 5 days a week or more 65% of employees say that the community is the most important thing in a coworking space 29% launched a startup based on people they met in the coworking space 63% hired someone they met in a coworking space 22% started relationships (meetings) with someone they met in a coworking space 91% of respondents said that ergonomic furniture is important or important enough for their decision to enter a coworking space But what people wish in terms of ergonomic furniture in a coworking space? 39% wish for ergonomic chairs 39% wish for desks and/or laptop supports 9% wish for ball chairs 8% floor mats to stand up Of the people who used a standing desk to work, 75% rated it 4 or 5 (out of 5). 48% of the users of the coworking space believe that the standing position improves well-being 19% believe they improve productivity 16% believe they improve mobility Among those who do not have standing desks in their coworking space, 49% want them. 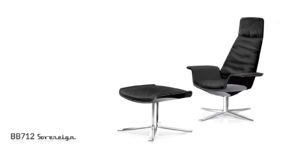 We are pleased to show you a preview of our...

Coworking is indeed a reality with which any company oriented...

The collaboration with the prestigious Archiproducts portal continues, where the...

Kleos office design and furniture: discover the new section of...

Follow our frequent news: we will update this site with new products, previews, innovation.
For questions, requests or assistance on products, find our contact page here
Visit our Online Store